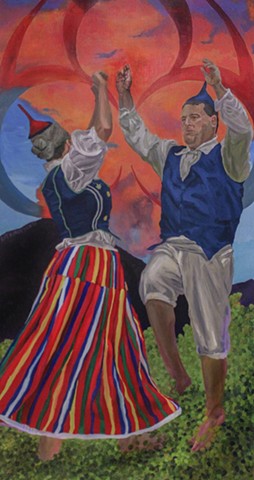 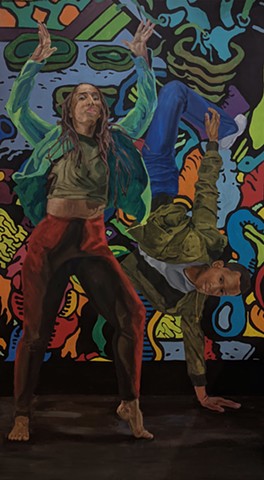 I was approached by the CEDC of New Bedford in 2020 while I was working on the Jazz Mural for the Historic Society. I was asked to design and create a mural that would highlight and help boost economy in the north end of the city. I ended up creating a three-panel mural that highlights and celebrates different cultures of people who live in the north end of the city. Before I began to design the mural, I explored the north end of New Bedford, and spoke with several residents and business owners. I learned so much and was inspired to create a celebration of Guatemalan, Hip Hop and Portuguese cultures. I arrived at the idea to highlight parts of Guatemalan history, Hip Hop essence, and Portuguese Medeiran Dance.